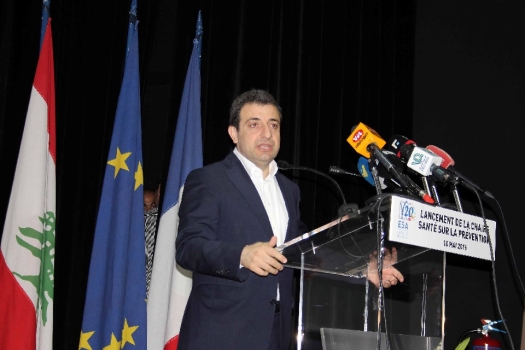 The Ministry of Public Health, represented by its Minister, Mr.Wael Abou Faour and its Director General, Doctor Walid Ammar, along with  the Ecole Superieure des Affaires (ESA) represented by its General Manager Mr.Stephane Attali, organized a comprehensive Health meeting on Tuesday May 10 at 12:30.

Also present at the launch was a delegation from the French Embassy, headed by Mr. Arnaud Pescheux, First Counselor, Mr. Denis Louche, Counselor for Cooperation and Cultural Activities, and Mrs Bernadette Chehu, Cooperation Attaché of the embassy.

The head of Parliament’s public health committee, Mr. Atef Majdalani was also present, along with the president of hospitals syndicate Mr. Sleiman Haroun, Dr. Antoine Boustany, President of Beirut Syndicate of Doctors, representing the Syndicate of Northern Doctors, Dr. Bassam Ghazi, the president of the Syndicate of Laboratory doctors, Dr. Christian Haddad and a large number of directors of hospitals, pharmaceutical laboratories, members of the National committee of blood transfusion and the Lebanese Red Cross.

The first session of the event was dedicated to the launch of the ESA Health Care Prevention Chair in partnership with the IPRI (international prevention and Research Institute) represented by Dr. Pierre Anhoury, with the presence of two privileged partners of ESA Lilly and Libano Suisse insurance company.

The Chair aims mainly at working on a common cause of different parties from the private and public sector in the whole of the Middle East region. Prevention is indeed one aspect of public health, since it affects all populations especially the vulnerable ones such as refugees and the poor, whereas the risk and economic management issue is another one since financial stakes are considerable for public and private institutions.

It is an important step for ESA which has created its first Chair and thus proves again to be innovative by creating the first Prevention Chair in the Middle East region.

The second session of the meeting was dedicated to the presentation of the Cooperation projects between France and Lebanon by the Director General of the Ministry of Public Health.

These projects deal with the empowering of the registration of drugs and medical devices program working with the ANSM, the improvement of secure blood transfusion and the spreading of hospital accreditation with the HAS. These 3 projects have reinforced the patient’s safety in Lebanon.  HE Mr.Wael Abou Faour, Minister of Public Health has offered honorific awards to the representatives of the partnering institutions thanking them for their continuous support for several years. He reminded the attendees of the solidarity of the French Lebanese partners and hailed the cooperation of the French Embassy.

The third session opened with the official Launch by the Minister of Public Health of the first National campaign promoting blood donation.  This campaign is organized in the framework of the world blood donor day and encourages anonymous, voluntary and free blood donations.  The campaign will be supplemented by videos, radio ads and billboards for a one month period in the whole country. A hotline (1214) was set up to orient donors to the nearest hospitals.
It is an innovative step for Lebanon where donors were till today called upon according to blood donation immediate needs. An action, which slowly but surely must become a voluntary and regular civic act for all citizens.

The slogan chosen this year by the WHO (World Health Organization) “offer life, give blood” aims to thank donors and highlights on the dimension of sharing and the link between blood donors and patients.
Indeed the transfusion of blood and blood components helps saving millions of lives every year. 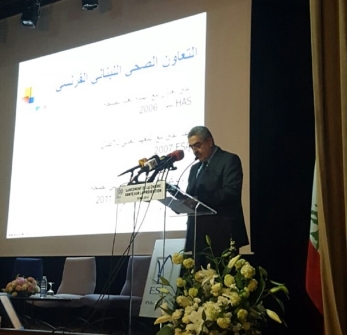 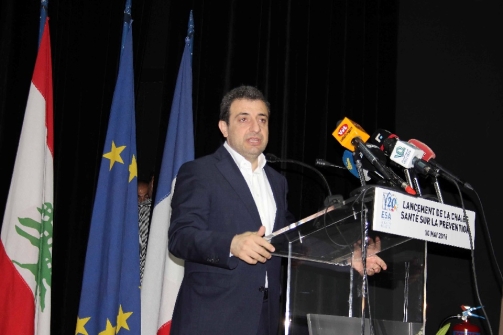