Be Responsible
#Raise your voice
Send us any Fraudulent Action or Enquiry so we can ALL contribute to make a Difference
Date: 06/03/2018
Author: Minister Office
Source: MoPH 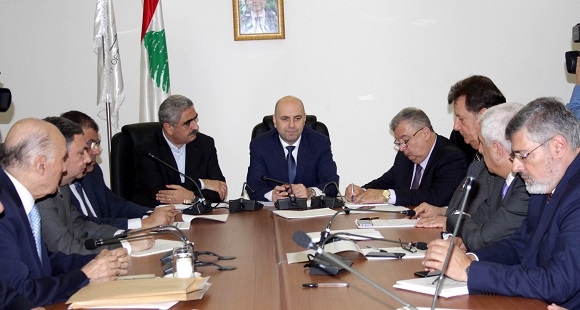 Deputy Prime Minister and Health Minister Ghassan Hasbani launched the work of the Supreme Health Council, where he presided over the first meeting held today at the premises of the Ministry in Bir Hassan.

During the meeting, minister Hasbani stated that this is the first time that we launch the work of the Supreme Health Council stipulated by law. This council has been formed in the Council of Ministers according to a decree and includes heads of orders and syndicates, representatives of the civil society, administrators and representatives of Ministries concerned in health matters.

Health Minister suggested that this meeting aims at launching a workshop to reform the healthcare system in the long term, after outlining the same within the strategic plan that was launched under the title “Health 2025”, which is based on the fact that “Health is the right of each citizen”. He added that on this basis, the workshop started in collaboration with all the parties concerned in the healthcare system to discuss the reform of the hospitalization sector and work on the implementation of the universal healthcare coverage that is currently being studied by the parliament at the legal level.

Hasbani noted that the agenda includes as well ways to encourage medical and hospitalization tourism in Lebanon and restructure many sectors to enhance and promote their role within the healthcare sector, i.e. health industries, medical professions, pharmaceutical work. All this aims at ensuring a universal healthcare system for each citizen.
Sitemap