Be Responsible
#Raise your voice
Send us any Fraudulent Action or Enquiry so we can ALL contribute to make a Difference
Date: 22/05/2017
Author: NNA
Source: MOPH 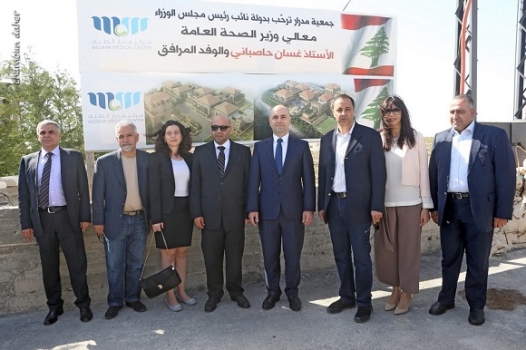 Hasbani Concluded his Southern Tour with a Visit to "Medrar" Association and Nabih Berri Governmental Hospital in Nabatieh: We are Proud of the Capabilities of our Health Sector in Lebanon and the Arab Countries

NNA- Nabatieh- Deputy Prime Minister Health Minister Ghassan Hasbani concluded his Southern tour with a visit to “Nabih Berri Governmental University Hospital” in Nabatieh, accompanied by a delegation which included the Directors of his Office Michel Aad and Angélique Khalil, Head of Diwan Service in the Ministry Fadi Snan and Head of Procurement and Purchasing Department Hassan Jaafar.

They were received by the Chairman of the Board of Directors of the Hospital, its Director General Dr. Hassan Wazneh and the board members, the Head of Health Service in Nabatieh Governorate Dr. Ali Ajram and District Doctor Bachar Chmaisani and other figures.

Wazneh welcomed Minister Hasbani and listed the accomplishments of the Hospital, its future projects and its sections.

Minister Hasbani responded with a statement in which he praised the “administration of Nabih Berri Governmental University Hospital”.

Hasbani listened to Hajj and Hrajli Berry’s detailed description of the Charitable Association “Medrar” Objectives in Lebanon and abroad, which aim at providing care to children, orphans and refugees, as well as the stages at which construction and execution works are today in the construction of “Medrar Medical University Complex” project.

Hasbani and the delegation then walked through the premises of the center where he learned from engineers and supervisors about the execution of construction works and the completed stages and the parts that are in progress, especially the University Hospital, the Academic Division and the treatment and rehabilitation of drug addicts.

At the end of the visit, Abdallah Berri and his wife offered Minister Hasbani a memorial shield. 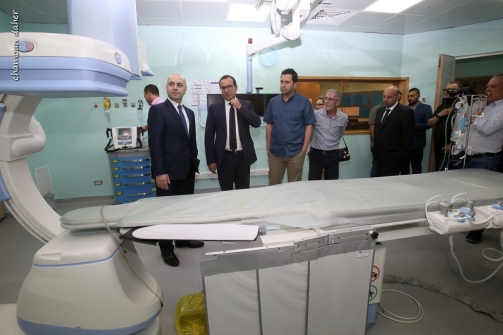 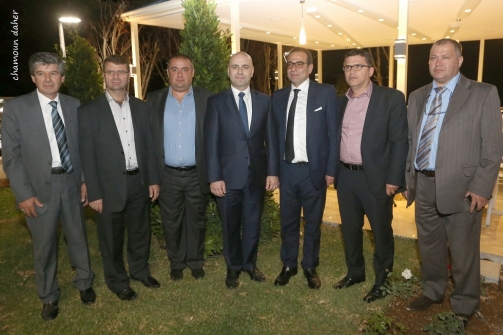 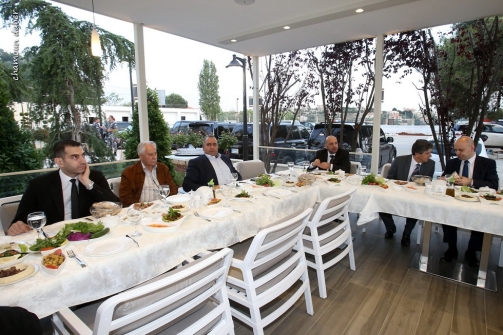 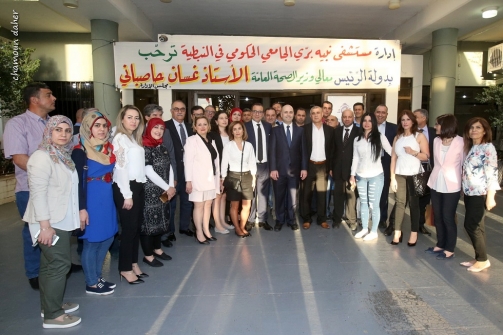 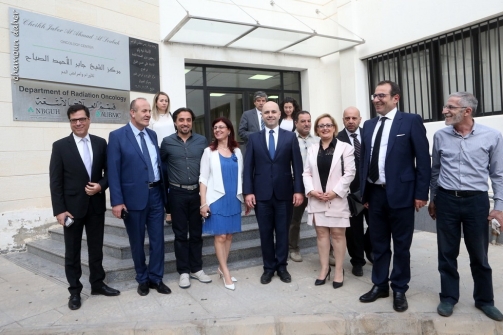 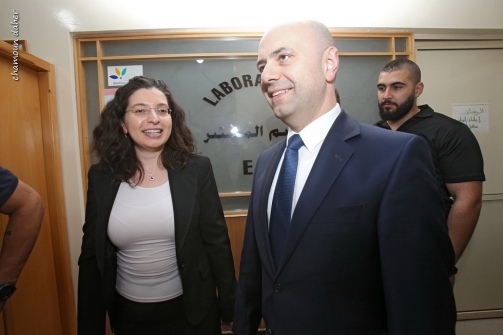 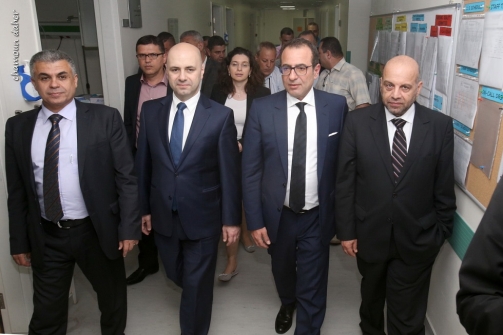 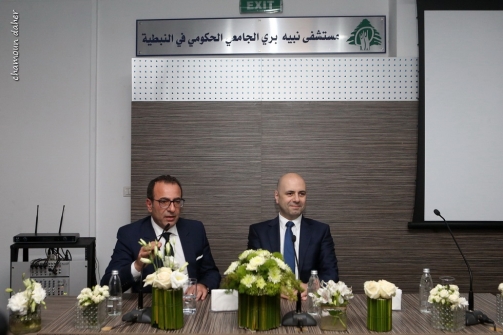 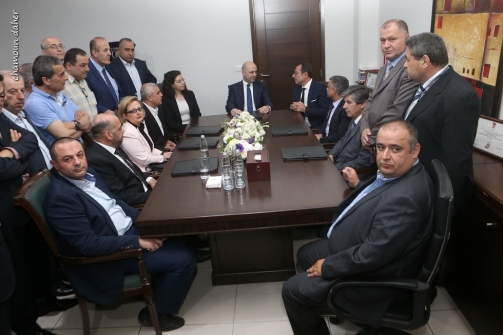 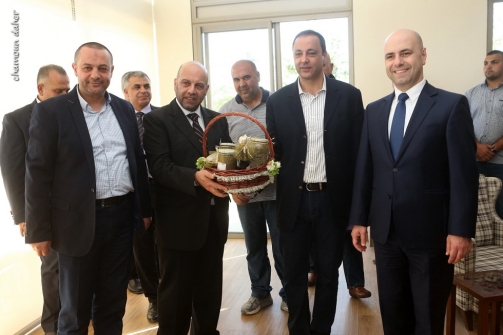 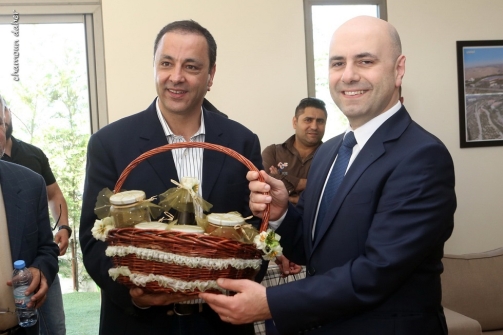 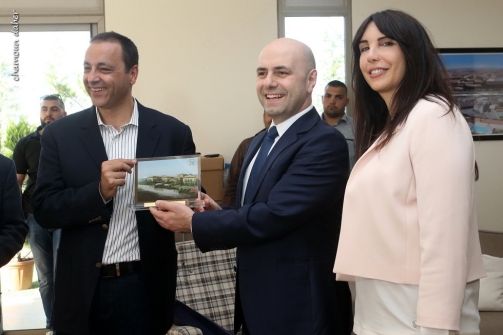 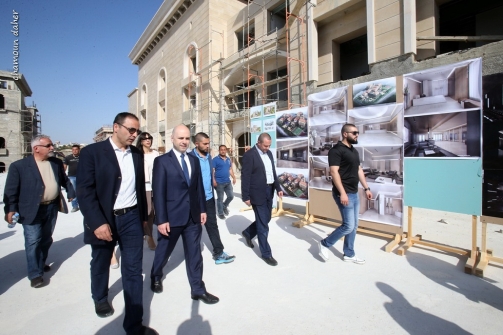 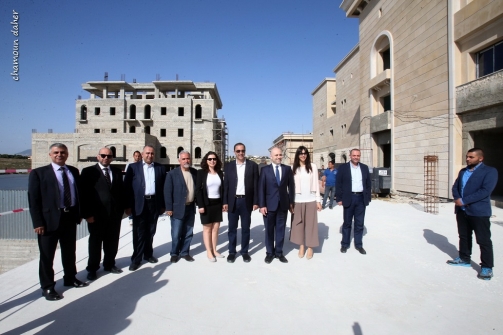 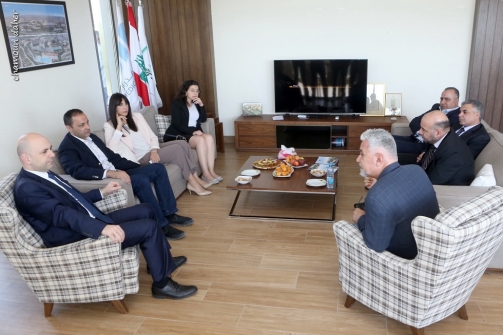 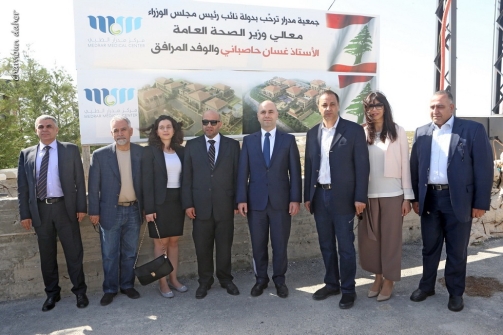 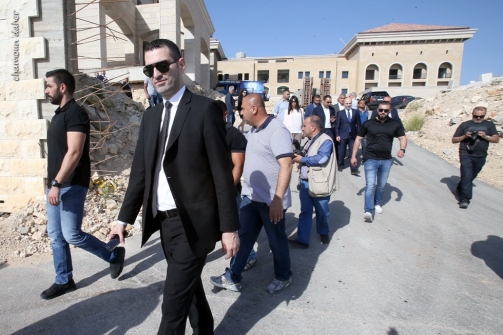