Be Responsible
#Raise your voice
Send us any Fraudulent Action or Enquiry so we can ALL contribute to make a Difference
Date: 15/05/2017
Author: Minister Office
Source: MOPH 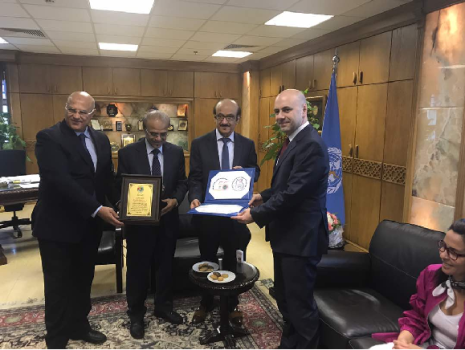 Deputy Prime Minister Health Minister Ghassan Hasbani arrived to Cairo where he was received at the Airport by the Lebanese Ambassador Antoine Azzam. He then headed to the regional headquarters of the World health Organization where he held a meeting with the regional Director of the Organization Dr. Mahmoud Fekri. Hasbani discussed the health situation in the region and in Lebanon in particular, especially given the emigration issue it is facing and the ways the organization can enhance the Lebanese health sector to continue providing the best services to the Lebanese citizens and the Syrian refugees. A proposal for joint purchasing of vaccines between all the countries in the region was also discussed, knowing that Lebanon already follows this strategy through UNICEF, in addition to WHO support to the vaccination for emigrants at border posts.

Hasbani then held a meeting with the Minister of Health and Population of Egypt Dr. Ahmad Emad El-Din Radi in the presence of Dr. Fekri, Ambassador Azzam, Head of Primary Health Care department at the Lebanese Ministry of Public Health Dr. Randa Hamadeh, the Executive Director of Arab Hospital Federation Alice Yammine and Director General of The Ministry of Economy Alia Abbas. The meeting discussed the declaration of intent in preparation for a cooperation agreement on drugs between Egypt and Lebanon within the framework of the existing laws in both countries.

Hasbani stressed the importance of the collaboration between Lebanon and Egypt, especially that both countries are active at the level of pharmaceutical manufacturing, emphasizing the quality of the Lebanese pharmaceutical factories.

Hasbani will take part in the “Fourth UN Global Safety Road Week” organized by WHO Regional Office for the Eastern Mediterranean that will held this year under the title: “Save Lives: Slow Down”. 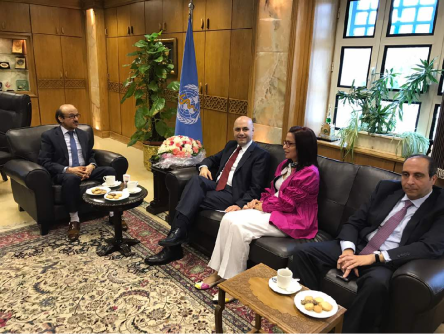 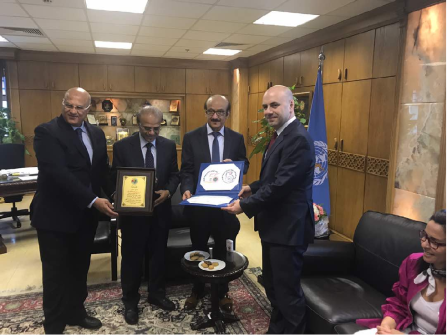