Be Responsible
#Raise your voice
Send us any Fraudulent Action or Enquiry so we can ALL contribute to make a Difference
Date: 07/12/2017
Author: Minister Office
Source: MoPH 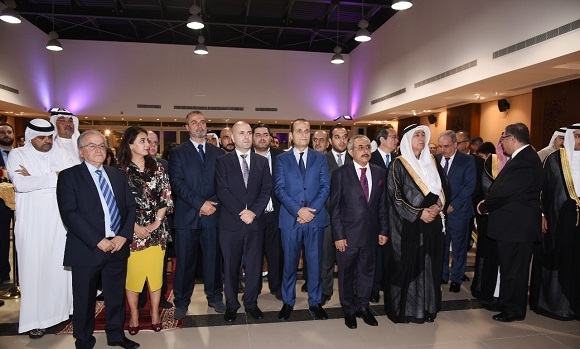 Deputy Prime Minister Health Minister Ghassan Hasbani paid a visit to the Kingdom of Saudi Arabia, where he participated in the Conference of Health Ministers of the Organization of the Islamic Cooperation held on two days in Jeddah. He was received at the airport by the Consul General of Lebanon in Jeddah Ziad Atallah, the adviser to Saudi Arabia Health Minister Dr. Abdullah Bin Ibrahim Al-Sharif.

Abdullah delivered a statement in which he welcomed Deputy Prime Minister saying, “we have seized the opportunity to organize this meeting with the Lebanese community in Jeddah for two reasons: first to give the Lebanese in the Kingdom the chance to meet your good self, second to introduce to you the Lebanese Community we are proud of.”

He then noted the support of the Kingdom of Saudi Arabia to the Lebanese Community and the new Consulate they will be moving to next month. Abdullah mentioned that the Lebanese community alone has bought and equipped it, and will soon offer it as a donation greater than 15 million dollars to the Lebanese State.

Finally he addressed Health Minister saying “Your Excellency, the Government resumed its work after Prime Minister Hariri had withdrawn his resignation. On behalf of everyone present here we call you to pursue your efforts in the Ministry of Public Health so that all the Lebanese greatly value your work and take you as an ideal Minister and an example to follow as to your outstanding performance.”

Hasbani then praised the role of the Consulate of Lebanon and the Consul General in consolidating the relationships between the Kingdom and Lebanon. He also presented his compliments to the brothers in the Kingdom of Saudi Arabia and valued the support of the Kingdom to Lebanon. He thanked as well King Salman Bin Abdul Aziz and the Crown Prince Mohammad Bin Salman Bi Abdulaziz Al Saud, the government, and the Saudi people for their support to Lebanon. He finally hoped that the relationship between the two countries would remain perfect. 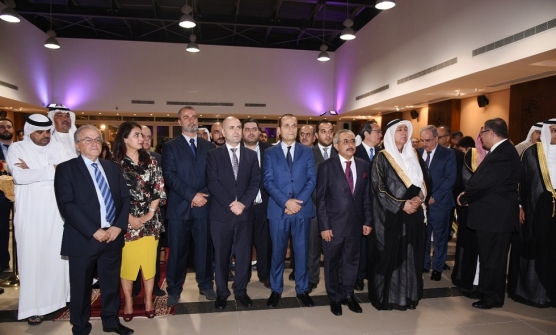 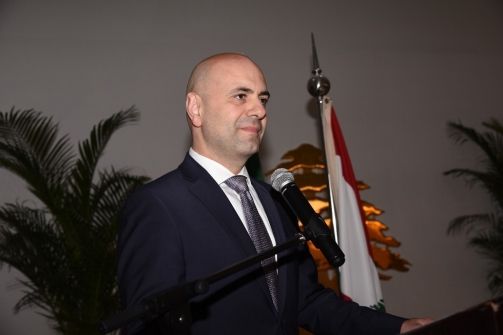