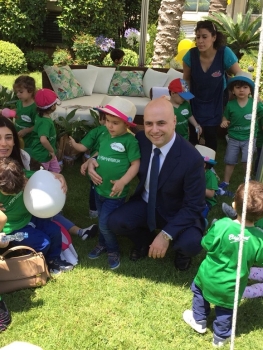 Caretaker deputy Prime Minister and Health Minister Ghassan Hasbani participated in an awareness day on the “risks of tobacco and smoking” organized by the Smoking cessation center- Pulmonology and reanimation center at Hotel-Dieu de France in collaboration with the maternity and pediatrics Department on World No Tobacco Day. Minister Hasbani walked through the exhibition organized on the outer yard of the hospital. The exhibition included awareness activities on how to adopt a healthy lifestyle away from smoking. Hasbani had a spirography that showed his breathing normal, knowing that he is a non-smoker. He sat also with children who had recreational activity where the exhibition took place to shed light on the relationship between the pregnant woman and the children.

In a statement, Hasbani said he was happy to participate in activities that aim first at the service of human being.

He said that the smoker kills himself first and causes the death of others. If he cares not for his health, he should realize that he is causing damage to the health of children, older persons, and the people that surround him. Hasbani added that the indirect bill of smoking is too high and has serious consequences on society and human health, as it causes diseases such as ever-increasing lung cancer due to the growing trend of waterpipes, smoking and pollution. He noted that the smoker should always remember that the waterpipe or cigarette he is smoking for fun will have negative impacts on his health, living conditions and the mental and physical health of his family and children when health problems appear, leading to death after enduring long years of  suffering.

Smoking is the most dangerous problem affecting societies and hindering the development of economy and human being. The implementation of law is a must and the first concerned person is the citizen that has to protect himself. Hasbani stated that we are responsible for helping people quit smoking and communicating a main message that the smoker causes a major damage to himself, his family and society. 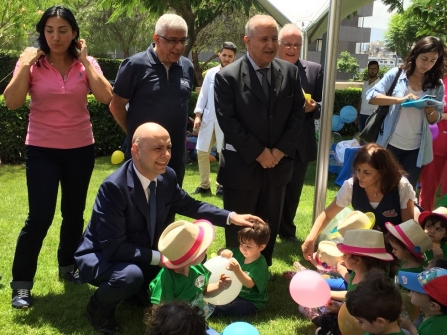 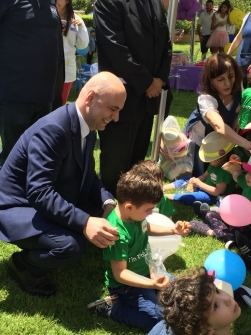 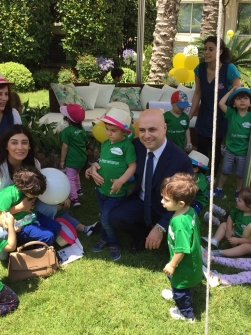 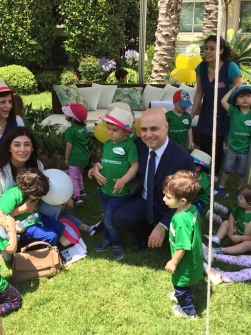 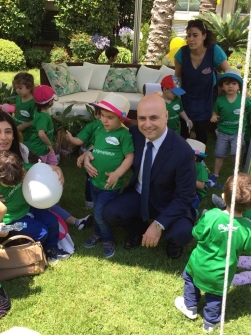