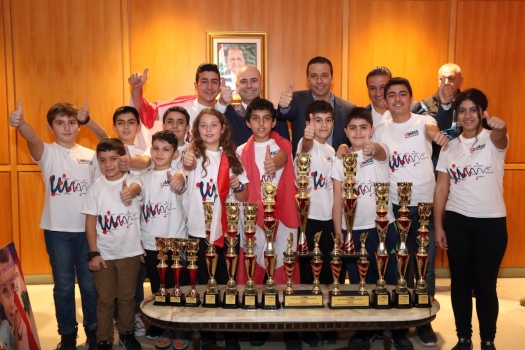 Hasbani: Lebanon is a Fountain of Thought and Language, and we Hope that it Will be Poured out and Will not be Left Behind

Hasbani greeted in the VIP lounge at Rafik Hariri airport the Lebanese mathematicians who participated in the UCMAS competition held in Kuala Lumpur, Malaysia, and competed against students from 72 states, where 12 Lebanese contestants ranked high.

The Lebanese contestants were received at the airport by a large crowd of parents and school administrators. The Executive Director of the Professional Learning Center and representative of UCMAS in Lebanon, Mr. Saad Saad noted, “We have organized mini-competitions in schools and centers in all the Lebanese regions, during which 40 000 students have participated, 600 of them were qualified for the national competition organized at UNESCO palace. 12 students only represented their country in the universal competition held in Kuala Lumpur that was attended by 2500 outstanding students from 72 states; Lebanon won two trophies in two categories through Jad Samaha and Antonios Merheb.”

Minister Hasbani congratulated the outstanding students saying that this competition proves that in Lebanon there are huge human abilities capable of reaching far limits and achieving success around the world. “I encourage the parents to develop the abilities of their children and enroll them in specialized institutions to achieve their ambitions at the international level”, he added. 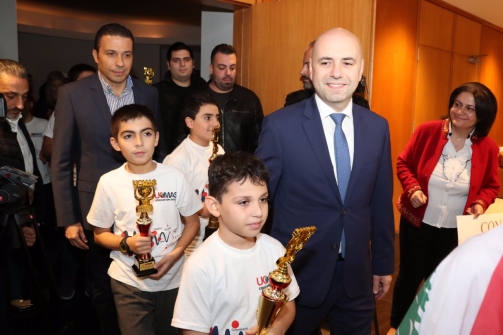 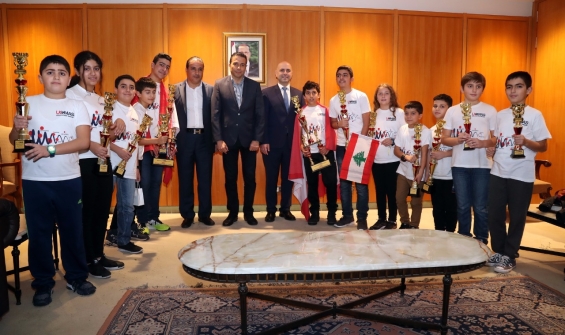 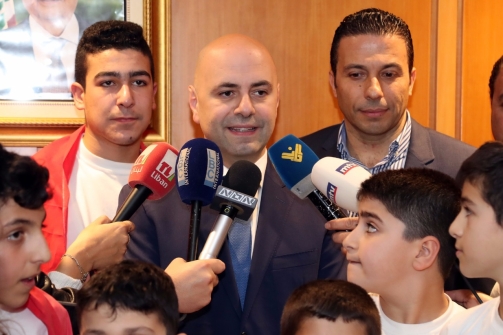