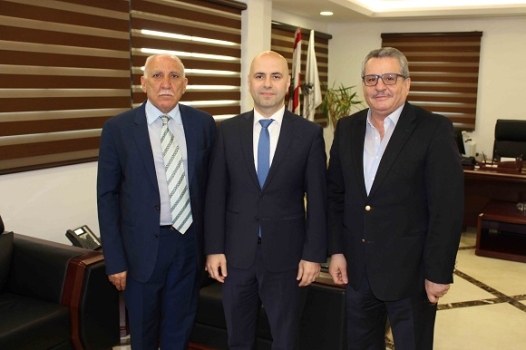 Deputy Prime Minister Health Minister Ghassan Hasbani received the President of the Arab Hospital Federation Dr. Mohamad Abdallah and the Federation member Abbas Hijazi who informed him about the latest preparations for the ”Arab Health Economic Forum” that will be held on 7 July 2017 in Beirut, under the patronage of the President of the Lebanese Republic General Michel Aoun and in the presence of Hasbani.

Following the meeting, Abdallah noted that “a number of Arab Ministers will take part in the Forum, at the top of them Egyptian Health Minister Dr. Ahmad Imad Eddine Radi, in addition to the Lebanese and Arab Hospitalization Sector. The Forum is aimed at studying the hospitalization status in the Arab World in order to rationalize expenditure in parallel with the provision of best health care services to the widest section of population.”
Sitemap