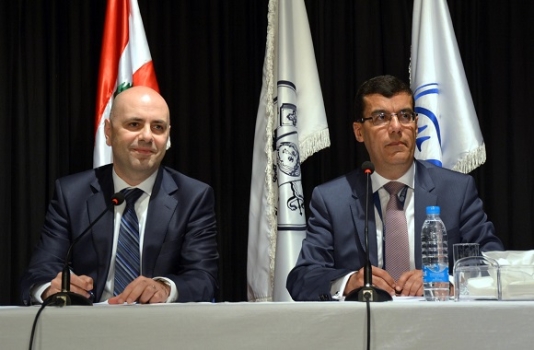 Back to his School, Hasbani Stressed the Importance of Audacity with Confidence and Courage. Hasbani to the Students of Beirut Annunciation Orthodox College: "Don't Be Afraid of Failure. Failure is the Key to Success."

Deputy Prime Minister Health Minister Ghassan Hasbani returned this afternoon to the school where he grew up, Beirut Annunciation Orthodox College in Achrafieh, and addressed the students during a special meeting held in theater of the school under the title: “Let’s build Courage”. This meeting was organized in the context of the “cultural programme” within the Eduvation School Network affiliated to The Orthodox Archdiocese of Beirut that includes Saint Mary's Orthodox College (SMOC), Ras Beirut and Ecole des Trois Docteurs (ETD), Zahrat El-Ihasn School and Beirut Annunciation Orthodox (BAC) in Achrafieh.

The meeting was attended by President of the Association of Lebanese Industrialists Jacques Sarraf, Economos Georges Dimas, Rector of Eduvation School Network, Director of Beirut Annunciation Orthodox College Ghia Saifan, Director of Zahrat El-Ihasn School Nicolas Rizk, in addition to teachers, administrative staff, and high school students of the mentioned school Network. The meeting was marked by the symbolic gift offered by Economos Georges Dimas to Minister Hasbani; a picture from the archive of the school showing the Kindergarten class of Hasbani once he was student.

The dialogue meeting started with a welcome address delivered by Director Saifan in which she said it was an honor to see Minister Hasbani, one of the school's students, assuming a high official status in the Lebanese State.

Deputy Prime Minister then delivered a lecture in which he discussed two major principles in Life: Confidence and courage.

Minister Hasbani drew attention to the importance of the distinction between self-confidence and effrontery, adding that the maximum self-confidence leads to humility and the respect of others. He noted that many self-confident persons are not known, but play background roles that leave positive impact.

The Minister added that confidence and courage are two key factors in the achievement of success. However there in no doubt that success cannot be achieved without failure. He then noted that the worst kinds of people who do not achieve success are those who sit aside and spend their lives without making any change to their society. They keep on criticizing people who succeed and fail.

He then addressed the students : "Don't be afraid of failure because the fear of failure is the biggest deterrent to courage." He repeated: "there is no success wihout failure. And no actor succeeds on the stage if he wasn't afraid in the backstage. There is no leader who wins the battle without feeling its risks."

A dialogue then took place between the students and Hasbani who was asked questions on the Ministry of Public Health, the general political situation and his personal career. 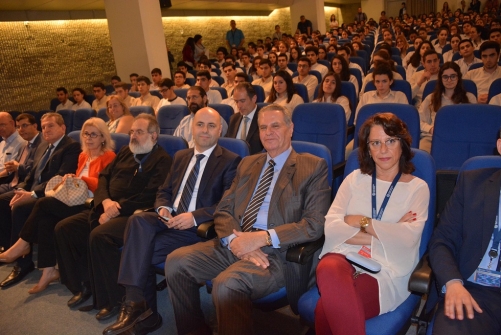 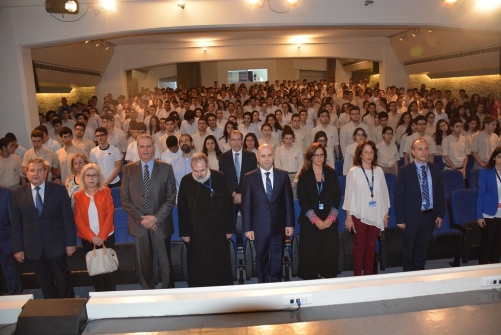 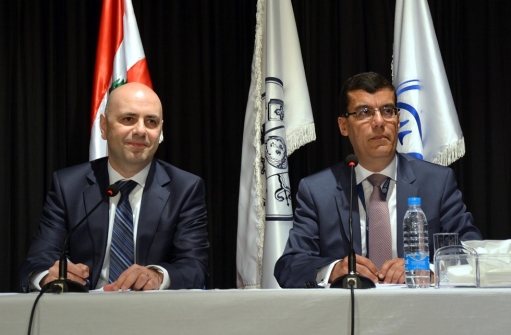