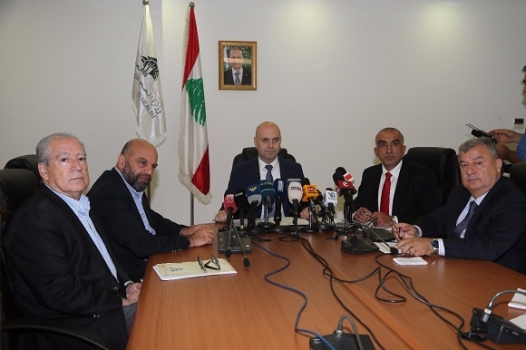 Hasbani Urged the Judiciary to Expedite the Processing of Cases, Announced Additional Actions to Regulate the Work of Specialized Hospital Centers, Addressed the Pharmacist's Case and Stressed that the Ministry of Public Health is the Spearhead for Maintaining the Safety of Citizens

Deputy Prime Minister Health Minister Health Minister Ghassan Hasbani held a Press Conference in his office at the ministry during which he addressed the cases of medicine and its quality and hospitalization. He started by saying that violations have been committed in one of the hospitals in 2008. The concerned pharmacist was referred to the inspection, and some suggested that this scandal occurred today with the recent developments in the case. The duty of the pharmacist has been suspended since 2009. Since then, the procedures for the distribution of cancer drugs have developed and radically changed to maintain the safety of the patient. The Ministry of Public Health continues to strengthen measures, such as the mechanization of drug distribution control and handing them out directly to the patient in Quarantine.

He added saying that “we have referred the file of the Pharmacist to the Public prosecution after withdrawing the work permit from her and crossing her name out in less than 24 hours after the High Disciplinary Board issued a decision. We had hoped that the disciplinary procedures would be completed at a faster pace. Hence we hope that the judiciary fulfills its duty more quickly from now on, and the investigations expand to include all the persons involved in committing harmful acts against patients, by giving them drugs that are not suitable for their case in 2008.  He stressed that there is no impunity no matter how long it has been since any violation was committed.

Minister Hasbani: We are permanently working in the Ministry of Public Health on the development of procedures and legislations to maintain the patients’ health and regulate the operations in the health sector. Hence, we took new actions at the level of the regulation of the Specialized Hospitalization Centers’ work where surgeries that require general anesthesia are performed. They were committed to complying with strict safety procedures until the issuance of legislations in this context that keep pace with the evolution in this sector for safeguarding the safety of patients and the general health regularity.

Hasbani outlined some of the standards of which implementation is required from hospitalization centers.

Hasbani stated that these measures were extreme to prevent the accident that causes death due to complications in health centers or specialized hospitals performing surgeries that require general anesthesia. He added that we are working on the development of a draft law to be introduced in the earliest opportunity so that the law includes these standards to regulate this sector that emerged in recent years. He noted that these standards are adopted by all the states around the world within the development of health sector.

As for the latest developments in the case of the plastic surgeon Nader Saab, Health Minister explained that the Order of Physicians’ report has been issued and was referred to the Public Prosecution. The Ministry of Public Health will soon refer the report of the Physicians Committee in the Ministry that conducted initial investigations.

Minister Hasbani said: against the background of the complaint received by the Ministry and the latest incidents, we took proactive steps, and we are in a race against time in the Ministry to take precautionary steps to control the situation and prevent problems from happening even before the issuance of the supposed laws.

In response to the question about his opinion in the Order of Physicians’ report, Health Minister stated that the report was general and lacks clear description. It was also issued under the title of Minutes of Meeting of the Medical Investigation Committee and not report. The report of the Ministry’s Medical Committee will be referred to the judiciary next week after being signed by the Physicians members of the Committee. The report stated that “After studying thoroughly the information in the file, several gaps that had been exposed should be clarified in order to assess the medical file of the deceased woman. The committee noticed that the file lacks much information and that some indicators show lack of precaution”. He stressed that the judiciary should complete this file and finds answers to the gaps that were found. 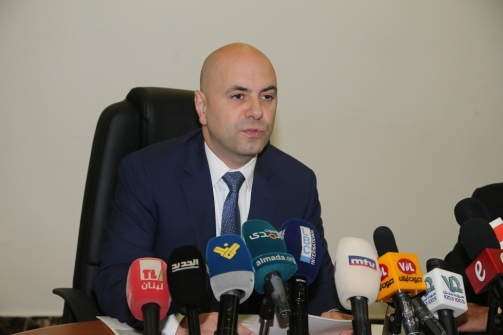 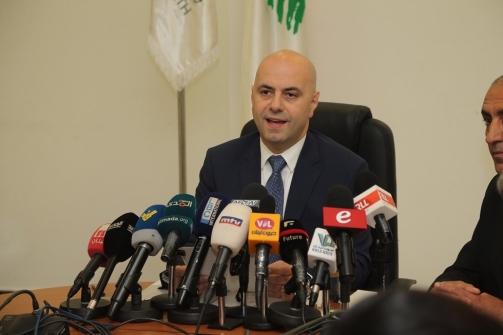 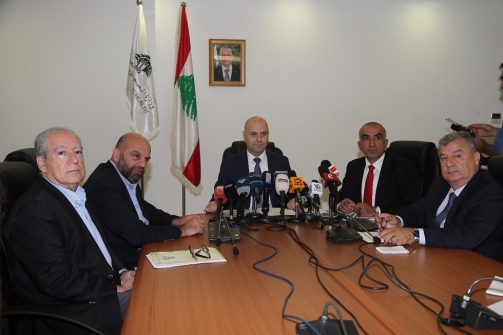