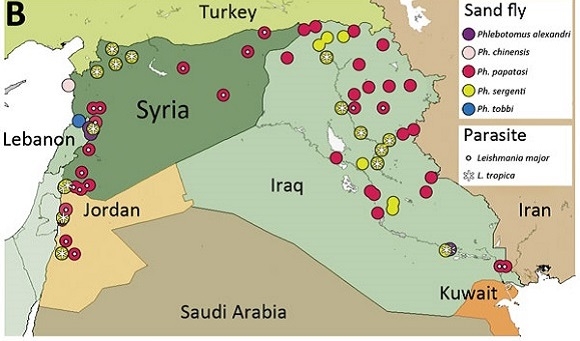 Disturbing statistics show the return of Aleppo boil in conflict zones and neighbouring regions as people are displaced across borders.

A catastrophic outbreak of Aleppo boil is underway in the Middle East, according to scientists collating data and information from refugee camps and conflict zones in the region.
The disease, properly known as cutaneous leishmaniasis, is caused by a parasite in the blood stream and transmitted through the bite of the sand fly. It provokes disfiguring lesions on the body, which are liable to secondary infection. (More)
Sitemap